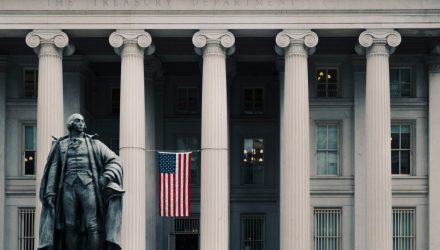 Treasury bond exchange traded funds are retreating, with benchmark 10-year yields breaking above 2% for the first time since 2019.

Yields on 10-year notes were above 2% for the first time since August 2019 amid a broad rout in the Treasury markets driven by expectations of a more aggressive response from the Federal Reserve in its fight against the faster-than-predicted inflationary pressures.

The Labor Department showed that U.S. inflation accelerated to a 7.5% annual rate over January, a four-decade high. The Wall Street Journal reports that core prices, excluding volatile food and energy categories, rose 0.6% month-over-month, compared to analysts’ expectations for a 0.4% gain.

Treasury yields have risen sharply on expectations that the Fed will begin hiking interest rates to curb inflation. The latest inflation data adds to Friday’s better-than-expected jobs report, which suggested that inflation might not be as transitory as many hoped.

The money markets are already priced quicker at monetary policy tightening in response, projecting a 50% chance of a half-point hike at next month’s Fed meeting. Traders even bet on a full percentage point of increases by the end of July.

The latest jobs data also showed a significant increase in average hourly earnings for workers, which some analysts argue is an even more meaningful gauge than headline inflation.

“If consumers and workers start believing that inflation is not going to be transitory, they’re going to start demanding higher wages and higher inflation becomes embedded in the system,” John Briggs, head of strategy for Americas at NatWest Markets, told the WSJ.