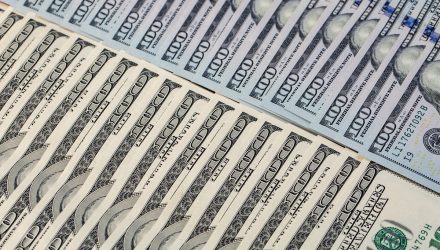 U.S. Treasuries and related ETFs continued to rally Monday, with yields on benchmark 10-year Treasury notes breaking below the key 3% mark, as the safe-haven assets rebounded on lingering fears on tensions between Washington D.C. and Beijing.

The yield flattened and the yield curve between the three-year and five-year notes inverted for the first time since 2007 after yields rose earlier in the session in response to the deal between the U.S. and China to hold off on new tariffs, which bolstered demand for riskier assets, Reuters reports.

However, the knee-jerk sell-off in Treasuries faded as investors refocused on the ongoing trade tensions between the two countries.

”Some of the exuberance is fading off a little bit as people digest the news and understand that we’re still a ways away from having any real deal in place,” Zach Griffiths, an interest rate strategist at Wells Fargo, told Reuters.