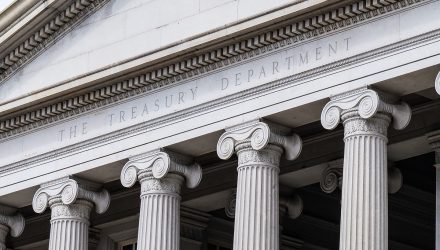 The U.S. Treasury market has been propped up by willing foreign buyers, but Asian demand has diminished, potentially pushing up yields and pressuring Treasuries and related exchange traded funds.

As the Treasury Department preps to sell $1.3 trillion in new debt for the upcoming fiscal year, the government may find less willing buyers. Foreigners increased holdings in Treasuries by $78 billion in the first eight months of the year, or just over half of what they bought in the same period last year, the Wall Street Journal reports.

Buyers among Asian economies, including South Korea, Singapore, Thailand and Taiwan, have particularly fallen off. The emerging Asian economies are facing tagnant trade flows and strong reserve balances have diminished their need for U.S. government debt.

The reduced demand in emerging markets also reflects their maturing domestic economies where investors have a greater choice of domestic investments to park their money into.