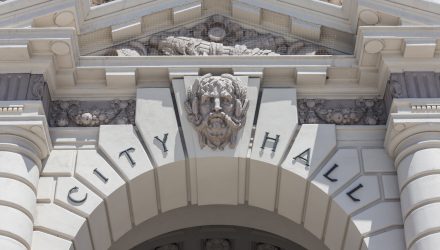 Municipal bonds and the related exchange traded funds usually are not among the more exciting areas of the fixed income market. That is one reason why these assets are often popular with conservative income investors, but some traders are rushing to short shares of big muni ETFs, including the iShares National AMT-Free Muni Bond ETF (NYSEArca: MUB) and the SPDR Nuveen Bloomberg Barclays Municipal Bond ETF (NYSEArca: TFI).

The Federal Reserve has boosted interest rates three times, weighing on an array of longer-dated bonds. Municipal bonds have not been immune to those declines as MUB and TFI are down an average of 2% year-to-date. MUB, the largest municipal bond ETF by assets, has an effective duration of 6.18 years.

“State and local debt has posted a 1.3 percent loss since September as data showing the economy is expanding at a solid pace led investors to anticipate the Federal Reserve will continue to raise interest rates. Analysts are closely watching for signs of whether individual investors who dominate the market will react by pulling out funds, as they have en masse during previous downturns,” according to Bloomberg.

Despite the muni market concerns, investors are adding capital to MUB and TFI. Year-to-date, the ETFs have seen a combined $464.71 million in inflows.