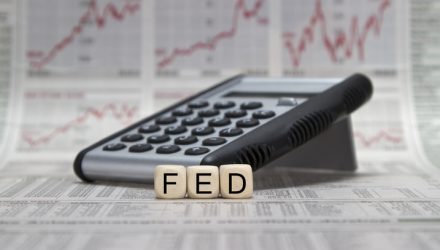 As the Federal Reserve maintains a loose monetary policy to prop up the economy, long-term Treasury bonds and related ETFs could continue to maintain a decades-long bull run.

Treasuries due in 10 years or longer have returned almost 17% since December 31 after growth concerns fueled a flight to safe-haven assets and the shift in the Fed’s policy stance reignited the long-term bond trade, Bloomberg reports.

Additionally, while demand for long-term sovereigns should continue amid lingering global uncertainties like the U.S.-China trade war, a loose Fed policy could mean less downward pressure on short-term yields, which could lead to a flatter yield curve. Mizuho International Plc argued that investors could capitalize on the trend with so-called flattener trades, which profit when longer-term yields fall faster than near-maturity ones.

“There is a pretty clear return in demand for global rates duration,” Peter Chatwell, head of European rates strategy at Mizuho, told Bloomberg. “The Fed’s pause is not an end to its easing cycle, but for now it means U.S. curves can bull-flatten rather than steepen.”