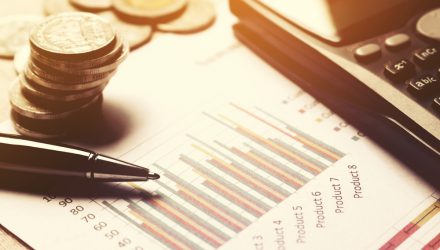 The bond market has endured a shocking 2022 as the Federal Reserve rushed to raise rates amid inflation and economic uncertainty. What opportunities does the market hold for 2023? VettaFi contributor Dan Mika spoke with Ryan O’Malley, a fixed income portfolio strategist at Sage Advisory Services, to look at the potential to benefit from the rapid jump in yields.

Dan Mika, Contributor, VettaFi: As we approach the penultimate round of FOMC decisions this year, what’s your current view on the speed at which the Fed will hike through the next couple of meetings and into 2023? Do you have any thoughts on how advisors should be positioning their clients? 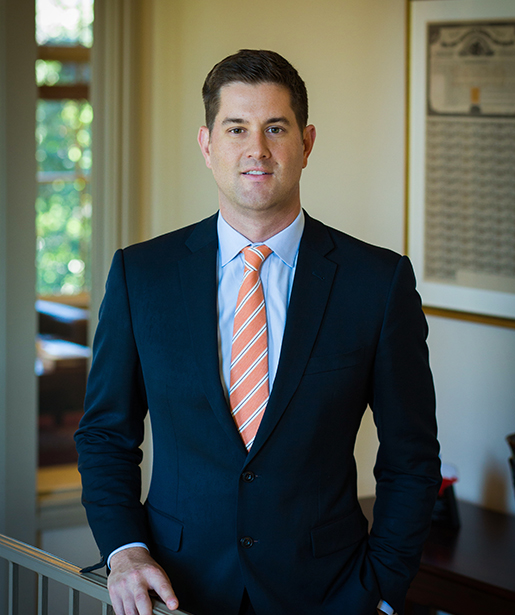 Ryan O’Malley, Sage Advisory Services: It’s obviously been a very tough year for the bond market, I think the AGG is down 15 and a half percent, which is, I think, the worst year they’ve ever had since Lehman first started. It’s because of the rate hiking cycle and the concerns about inflation. This week, we’re going to get the November meeting, and I think everyone pretty much agrees a 75-basis point rate hike is locked in. There’s no question there. So that takes you from a 3.25% Fed funds rate target to 4%. What happens thereafter? That’s the big question. I think in December, you do probably see another rate hike.

Now is it going to be another 75-basis point hike? Probably not. It’s probably more on the order of a 25 or a 50. If you look at what the futures markets are telling you, what experienced fixed-income traders are looking for, you’re going to be closer to 50. After that December meeting, the implied rate from the futures market is very close to 450. So that would be right around the 50-basis point hike. Thereafter, you’re not likely to see a ton more hikes, you might see one or two more 25, maybe one 50. The consensus that I’m gleaning from the market is during either the March 2023 meeting or the May 2023 meeting, you’re going to be very close to 5% by that point for the Fed funds target rate.

That should be right around the peak. We’ve had a couple of misfires on the Fed pivot talk this year. People were a little bit early in May-June thinking that inflation had already pivoted and we got a couple of hot CPI prints. But we’re starting to see a lot of lower-level data points that show that inflation may have already peaked, or it’s very close to doing so if it hasn’t already, at least in the U.S. We got some interesting rental data this week that shows in most markets, rents are either flat or down… The labor kind of market is typically a lagging indicator, and that’s certainly played out that way this year. We haven’t seen a huge pickup of the unemployment rate yet. But that’s largely because it takes a couple of extra quarters for that data to really flow through. We have seen a lot of anecdotal stuff that tech companies and real estate companies have been laying people off at a decent clip. We’re still historically within the range of normal unemployment, but it’s definitely very clear that the movement is upward. Rents and consumer spending, certainly starting to tail off, credit card balances are going up, and the savings rate is going down. The one thing that’s obviously been sort of frustrating, and stubborn, has been fuel and food, and in the last CPI print, we actually got a benefit from energy.

You can always be surprised by data, as we’ve seen in August and September. But we’re thinking that sometime in the middle part of next year, we’ll hit the peak, and from there, there will be downward pressure on rates because of slower inflation, the Fed moving their target up to 3%. There’ll be less impetus for them to want to keep hiking.

VettaFi: With all that in mind, what would be your advice right now for advisors in terms of either rebalancing or reallocating a client’s fixed income portfolio based on these estimates of where the Fed will go?

O’Malley: There are two things to remember here. If history is any guide, when you have a year of really ugly negative fixed-income returns like we’ve had this year, typically the following year is not only positive but strongly positive. The second thing would be if looking at what would you recommend doing with ETFs, or if you are just buying bonds directly. If you’re an adviser, the front end of the curve looks really attractive. The 2-year, 3-year… is higher than the 10-year, so you don’t even have to take that long-duration risk. You can get paid a really good coupon on Treasuries or even high-quality corporate bonds just by staying in the front end of the curve. That’s one of the things we’ve been doing, is buying two, two and a half, three-year paper at 5% to 6% if it’s a corporate bond, or 4.5% if it’s a Treasury.

Yes, rates could still surprise you and go up. When you’re looking at the carry yield of 4%, 5%, and 6% at the outset, it’s a lot harder for you to have a negative return from that point forward. Take a bond with a duration of two, let’s say. Even if rates went up another 50 basis points, you’re only down 2% on the price return, but your carry is 4.5%. Over the course of the following 12 months, even if rates went up, you’d still have a positive return. That’s what’s different now than it was at the beginning of the year where that was not the case. We were looking at 1.5%, 2% carry yields in that space. The fact that rates have jumped up a couple of hundred basis points has easily swallowed all that carry yield up and gave very large negative returns, especially if you’re on the longer end of the curve. You’re starting with the wind at your back with the carry yield.

ETFs are one way to play it; there are a number of ETFs that you can look at that just deal with the front end of the curve. There are a plethora of funds that service that three-year territory. I also think that you can get into a little bit of active management if you’re an advisor and you feel comfortable doing it. I don’t really see how you’re going to hurt anyone by going out and buying a two-year Treasury right now at 4.5%, or even two to three-year investment-grade corporate bonds yielding 5% to 6%. You’re probably going to do very well on that in the next couple of years. These kinds of opportunities don’t typically stick around for that long. We’re only one month into the fourth quarter, people don’t want to have the losers from this year on their books. Typically, November and December are when people start looking around and asking what do we think is going to happen next year, which things that got beat up badly this year are going to do next year.

There tends to be a rebalancing in the fixed-income world in that time period, and I think that people could take advantage of that right now and look at stuff. Pick something you like, or just stick with Treasuries, whatever it is, and set up your next 12 to 24-month view, and you’re looking at yields that people would have killed for two or three years ago. I think if you put new money to work, reallocating, whatever the case may be, even with the choppiness in the economy and the geopolitical situation, I think there’s a lot of pretty good opportunities that even on the safer side of things you can look at. I think people are starting to get that memo a little bit.

VettaFi: How do you view the time frame for a call to go on the short end of the Treasury curve? Is this going to be a valid play for managing people’s long-term investment horizons?

O’Malley: How long should they stay in this kind of range? Always tough to say. It does feel like it takes a long time for fixed income to adjust upwards. Even though this year has been painful, it’s been a stepwise, slow progression. When people decide they like it again, the yields tend to move down pretty quickly. I could see that happening sometime in the first quarter, or second quarter for sure. I think everyone is waiting for that last little bit of uncertainty about when the rate hikes might be done. But they’re starting to build consensus that it’s not going to go past May or June of next year. There could be surprises, and we were surprised this year. I’m not saying it’s not a possibility. But I don’t know if you’re going to be able to buy two-year treasuries with 4.5%, or 5% yields for a lot of next year. I’d be a little bit surprised if that was the case. I think it’s going to be sometime in the first or second quarters when you see the momentum shift…

I think that I think we’re getting close to the end of the story than the beginning. So I think if you’re looking to do that, and you wanted to have a little bit longer time horizon, you can certainly by the five-year or even longer. I just think that on a relative value basis, the two and three-year scream too cheap. We’re in an inverted yield curve situation right now the 2-year at 4.49% In the 10-year at 4.06%. That typically doesn’t last very long. In the short end, that’s called a steepening situation. That’s going to happen at some point as we come out of the sort of economic malaise and rate hiking cycle. You want to favor that front end, but you could certainly take a look at the stuff that’s longer than that, probably in the next five years. It won’t do not do poorly at these levels, but I think the two and three-year Treasuries just look like a better relative value.