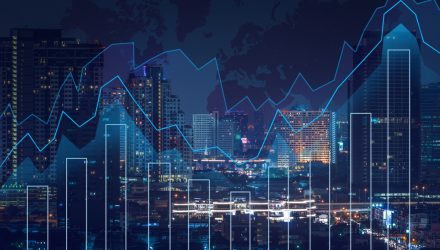 Municipal bond funds now make up an unprecedented 24% of outstanding total debt circulating in the markets, compared to just 16% five years ago, marking a shift in investor habits away from buy-and-hold individual securities until maturity, the Wall Street Journal reports.

The record levels of borrowing and investing in 2021 also reflect investors’ improving risk outlook as we move pass the pandemic-era uncertainty as many previously feared that the downturn would trigger a wave of municipal defaults and bankruptcies.

However, after finding support from stimulus funds, state and local governments have issued $301.9 billion in debt for new projects as of December 21, the most amount of new debt in at least a decade.

Meanwhile, investors have funneled $64 billion into municipal bond-related mutual funds and ETFs through December 15, according Refinitiv Lipper data, marking the largest inflows for that that period since tracking began in 1992. The figure also includes $22 million into high-yield muni funds that bled cash last year.

“Generally there’s a better credit environment, you have lower supply [and] more demand, and then you just have investors who are willing to take on more risk to replace the yield that they previously got on their high-grade bonds,” Eric Friedland, director of municipal bond research at asset manager Lord Abbett, told the WSJ.

Many have also turned to debts issued by state and local governments because they carry interest payments free from federal, and often state, taxes. This preferential tax treatment has seen greater demand on increased expectations for potential tax hikes under a Democratic administration to make up for tremendous fiscal spending measures.