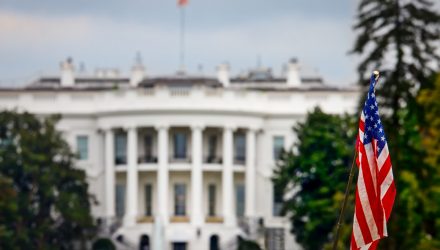 The Markets Should Be Happy, Says White House Trade Advisor

Ian Young July 2, 2019
With the stock markets toying with all-time highs following the G20 summit, where President Donald Trump and President Xi came to a trade truce, analysts are examining how White House trade advisor Peter Navarro’s comments about U.S.-China trade talks and the Federal Reserve guidance should be interpreted.

“All I have to do is point to the Federal Reserve hiking interest rates, unnecessarily, too fast, too far and engaging in massive quantitative tightening when they should have been holding pat,” Navarro told CNBC.

“And what we’re feeling now is kind of the residual effect of that mistake that was done months ago, and the hope is that the Fed will do the right thing here and lower interest rates and get us back on track,” he added.

Navarro did comment however, that the markets should be content with the current situation, which analysts weighed in on.

“I think we’re back to early May where we were with a possible variance on what’s going on with North Korea. Peter definitely sounded like his main point was that stock markets should be happy. We didn’t get a date for new talks. We didn’t get how much the Chinese are going to buy. We didn’t get any details, but that stock market should be happy,” said Derek Scissors, an Asia economist with AEI speaking on CNBC.
Andy Rothman of Matthews Asia seemed to feel that the Navarro’s comments were sanguine, stating, “Well remember that secretary Mnuchin claimed that back in May before things blew up they were 90% close to a deal. So that’s back on track and I take Peter Navarro’s words as a very optimistic approach to that. But more importantly for me was what the president had to say over the last few days about his meeting with Xi. He talked about a strategic partnership. He talked about welcoming Chinese students back. He talked about allowing American companies to sell to Huawei. So I think he really kind of threw his national security team under the bus here by emphasizing the trade relationships and engagement rather than a confrontational approach to China. That’s a very positive change from just a week ago.”
The news of the overnight violence in Hong Kong has created something of a stir, causing a possible wrinkle in the trade negotiations however, as Scissors pointed out.
“I do think Hong Kong is a potential threat to US China talks. The rallies in Hong Kong have lasted longer than I expected at least. And the Chinese have been from their standpoint patient. I don’t expect him to be patient forever. So there is a wildcard. I mention the wildcard being North Korea on the positive side. On the negative side Hong Kong could be a wild card for the talks if the protests continue,” added Scissors.
Ultimately, however, the U.S. has a deeply enmeshed consumer relationship with China, and as Rothman remarked, “China remains the worlds best consumer story.”
For more investing news and ideas, visit ETFtrends.com.