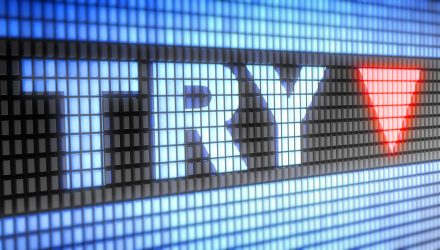 President Tayyip Erdogan did no favors for Turkey investors after canning the country’s central bank chief over the weekend in order to install his own deputy as a replacement. The latest move sent the country’s stock market index down 1% and its local currency, the lira, down 1.5%.

“I wouldn’t say it’s a complete shock but it is definitely a surprise because it looked like the central bank was already on its way to cutting rates,” said Pictet Asset Management portfolio manager Guido Chamorro. “This is a negative step in my view for the credit, so if I would have seen this coming then I wouldn’t be increasing positioning.”

Still, many analysts are baffled by the latest move.

“The question is ’why now?” said Sergey Dergachev, a manager of emerging market debt at Germany-based Union Investment.

At one point last year in order to help stem the tide of its record low currency levels amid high inflation, Turkey’s central bank raised interest rates by 625 basis points to 24% in a move that runs counter to President Recep Tayyip Erdogan’s request to keep borrowing costs low.

“Turkish local rates staged a rally following the release of lower than expected inflation prints,” Gurushina wrote. “Yearly headline inflation dropped to 15.72% from 18.71% in May, mainly on the back of a very high base effect. Core inflation also moderated in June, albeit less than expected (to 14.86% year-on-year). The base effect … should continue pushing inflation lower in the coming months, leaving room for policy rate cuts (barring unexpected events, such as geopolitical twists). The market currently prices in 146bps of cuts for the next three months, which does not look too excessive under the circumstances.”

For exchange-traded fund (ETF) investors looking to capitalize on this latest development, they can consider the iShares MSCI Turkey ETF (NasdaqGM: TUR). The investment seeks to track the investment results of the MSCI Turkey IMI 25/50 Index, which consists of stocks traded primarily on the Istanbul Stock Exchange (ISE).