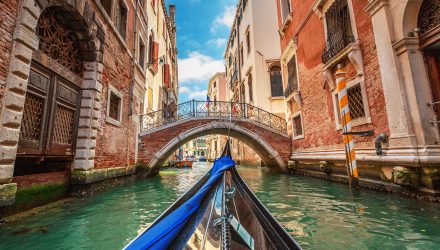 Last year, Italy recorded a government debt equal to more than 130% of the country’s gross domestic product, but has struggled to keep its repayments under control. There are no specifics as to how President Trump would implement this bond purchase if the Italian government agreed.

Meanwhile, in the U.S., the opposite is taking place as the capital markets are bracing themselves ahead of a Federal Reserve interest rate decision set to take place on Wednesday as it is widely expected that the central bank will continue their tightening with another rate hike to temper economic growth. In the meantime, benchmark Treasury yields ticked higher–the 10-year rose to 3.104 and the 30-year yield ticked up to 3.237.

The Fed began its two-day monetary policy meeting today, which will probably include a bevy of data presented that shows the economy is moving forward strength to strength, including an extended bull stock market run that has already seen major indexes like the S&P 500 reach record levels with companies like Apple and Amazon reaching the $1 trillion market capitalization level.

Since  the installment of President Trump’s administration, the country’s gross domestic product has grown by an average of 2.7%  per quarter. Furthermore, the final estimate for second-quarter GDP is expected to show a revision of 4.3% growth, while the third quarter growth is forecasted to come in around 3.3%.