You are at:Home»Fixed Income Channel»Investors Return to EM Bond ETFs 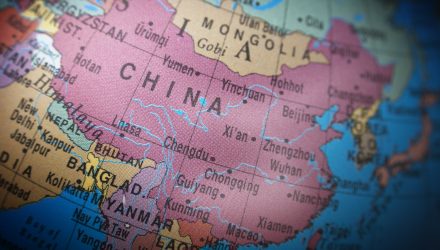 The iShares J.P. Morgan USD Emerging Markets Bond ETF (NASDAQ: EMB), the largest exchange traded fund tracking bonds in developing economies, is up more than 4%. That after the fund struggled last year against the backdrop of rising U.S. interest rates and the stronger dollar.

EMB tracks the J.P. Morgan EMBI Global Core Index, a market-cap-weighted index. Potential investors should note that since it is a cap-weighted index, countries with greater debt will have a larger position in the portfolio. Some money managers, including Morgan Stanley, see some opportunities with emerging markets debt in the new year.

“Exchange-traded fund investors poured $887 million into strategies tied to the asset class last week amid the U.S. Federal Reserve’s even more dovish turn in policy,” reports Bloomberg. “Leading the pack was the $16.9 billion iShares J.P. Morgan USD Emerging Markets Bond ETF, or EMB, which took in $539.7 million, bringing the total in January to $1.7 billion, the most in a year.”

“Investors are probably taking comfort in the prospect that Fed’s dovishness will weaken the dollar, which would make it easier for emerging-market companies that earn revenue in local currency to pay back their overseas debt. At the same time, the outlook for steady borrowing costs in the U.S. makes higher-yielding developing-nation debt more appealing,” according to Bloomberg.

Increased demand this year for funds such as EMB “stems from the beaten-down nature of emerging markets after a particularly rough 2018, according to research from Bloomberg Intelligence that said this year’s flows probably ‘reflect bottom-feeding,’” according to Bloomberg.