You are at:Home»Fixed Income Channel»Investors Keep an Eye on Inverted Yield Curve 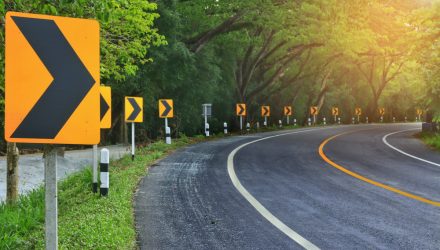 With the propensity to forecast a recession, it’s no wonder that investors are fixated with the inverted yield curve. The curve has been showing itself as of late, giving investors more to fret about.

Meanwhile, the 2- and 10-year yields have also been inverting back and forth as of late. Whether a recession actually does occur is anyone’s guess, but it’s something investors are watching closely.

“The yield curve inversion continues to be the focus of investors, triggering conversations around the timing of the next recession,” Nationwide chief investment of research Mark Hackett said in a note, according to a CNBC article. “Historically, the yield curve inversion has meant that the fuse is lit for a recession. But the timing of a recession is impossible to predict at this stage.”

“While it is way too early to become defensive, shifting incrementally to a more conservative strategy makes sense. In this environment, quality trumps momentum-based growth,” he added.

In times of a market downturn, bonds are one of the typical go-to asset classes that can help cushion a portfolio. With such as vast universe of bonds, it can be a trying to task to construct a diversified portfolio of bonds.

That said, this is where the Vanguard Total Bond Market Index Fund ETF Shares (BND) can help. BND seeks the performance of the Bloomberg U.S. Aggregate Float Adjusted Index, which represents a wide spectrum of public, investment-grade, taxable, fixed income securities in the United States, including government, corporate, and international dollar-denominated bonds, as well as mortgage-backed and asset-backed securities, all with maturities of more than one year.

As mentioned, bond investors can use BND as a traditional hedging component when the equities market goes awry. Short-term traders can also use the ETF given its dynamic ability to be bought and sold quickly in the open market.