You are at:Home»Fixed Income Channel»Investing With Rising Rates: 5 Portfolio Considerations 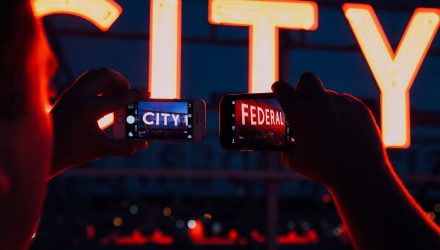 As central banks around the world set interest rates that strongly influence all sorts of debts, from mortgages to student loans to treasury bills to corporate bonds, here are 5 porfolio considerations to consider with rising rates.

When interest rates are low, it reduces the borrowing costs and encourages businesses to borrow and expand more, and allows consumers to leverage up more for spending. Basically, people and businesses can take on much more debt because their interest payments are so low.

But when rates go up like they are now in many places including the U.S., it increases borrowing costs, which has the opposite effect. It also encourages people to save more money.

The U.S. Federal Reserve has a dual mandate: to maximize employment and keep inflation at a stable (approximately 2%) annual rate. Central banks around the world follow similar principles.

In fact, an increase in the Federal Reserve interest rate has preceded all U.S. recessions (gray) in modern history:

The world has been in an unprecedented period of low interest rates across the developed world over the past decade, and now interest rates are beginning to rise again. This can have a dramatic effect on stock valuations and portfolio performance, and this recent volatile market correction was partially triggered by rising treasury yields.

Here’s the current expected trajectory of interest rates for 2018 and 2019:

The Federal Reserve began increasing rates three years ago at a very gradual pace. They expect to do three 0.25% rate hikes in 2018 and two more in 2019, and then who knows.

The market, however, is pricing in about two rate hikes in 2018.

In addition, the Federal Reserve began gradually reducing its balance sheet in late 2017 and is expected to continue to do so through 2021.

The balance sheet increased massively during and after the financial crisis due to Quantitative Easing, where they bought tons of treasuries, mortgage-backed securities, and other investments to increase liquidity in the markets:

Other central banks around the world did similar things, and expanded their balance sheets as well. For example, the Bank of Japan started buying ETFs in 2010 and hasn’t stopped since. They now hold three-quarters of Japan’s ETF market, and this continuous buying has helped prop up Japanese equities and reduce volatility.

But now the U.S. Federal Reserve is shrinking its balance sheet, and the European Central Bank and the Bank of Japan are initiating plans to reduce balance sheet expansion as well:

On the other hand, rates generally go up late in the business cycle, when unemployment is at its lowest point, the economy is firing on all cylinders, and corporate profits are high.

The same inverse relationship is true for other valuation metrics, like market-capitalization-to-GDP, or price-to-book, or price-to-sales.

A significant reason for this is that it changes investor incentives.

When interest rates are extremely low, savings accounts and bonds give investors terribly low returns, and so they are incentivized to seek out risk and invest in equities and other assets that produce higher returns and higher dividend yields in exchange for higher volatility. This includes retirees that are trying to live off their investment income. All of this increased interest in equities pushes up stock valuations.

However, when interest rates are high, investors can get decent returns from lower-volatility bonds and savings accounts, so people are less incentivized to seek out risk. They can reduce their equity exposure, which means less demand for equities and therefore lower valuations.

After such a long period of low interest rates and a long economic expansion, U.S. investors have more invested in equities than they’ve ever had in the past 18 years. This has helped push up stock valuations to the second-highest they’ve ever been.

That opens up questions of what happens when interest rates keep rising, and what happens when central banks begin quantitative tightening instead of quantitative easing. This recent 10% market correction was partially triggered by small rate increases in U.S. treasuries, showing how intertwined our high stock valuations are with monetary policy.

About a week before this recent market correction, I wrote an article on FEDweek called “By This Metric, Stocks Have Never Been More Expensive” that discussed the S&P 500’s price-to-sales ratio.

In that article, I pointed out that the S&P 500 average price-to-sales ratio was 1.3 in 2013 and just five years later in early 2018 had climbed to 2.3, which is a 75% increase and higher than any market top in history. I wrote that if the price-to-sales ratio were to fall to 2 (still higher than any previous market top), it would mean a 14% market decline. If it were to fall to where it was just a few years ago to 1.5, it would be a massive 35% market decline.

The fact that we just had a 10% market decline shouldn’t be surprising, given how highly-valued markets had become. The recent surge in the S&P 500 over the last couple years was driven far more by expansion of valuations than it was by fundamental earnings growth.

No valuation metric is perfect, and you can do this to a number of valuation metrics like average price-to-earnings, dividend yield, or price-to-book, to get an idea of how highly-valued we still are by historical standards and what even partial mean reversion would do to the S&P 500.

When we’re 9 years into the second longest and second biggest bull market in U.S. history, valuations are high, and interest rates are rising, risk is high across the board.

But there are moves to take that can buffer you against big market declines.

Broadly speaking, the first thing to do is to check your diversification and allocation to ensure that your portfolio risk profile properly matches your age and financial goals.

Retail investors typically jump into equities after stocks have already gone up high, and then sell after stocks fall.

But smarter investors should do one of two things instead:

By holding your ground and keeping the same allocation with regular re-balancing, you should do very well over the long term. You’ll naturally sell high and buy low, without market timing.