You are at:Home»Fixed Income Channel»An Inside Look at Global Interest Rates 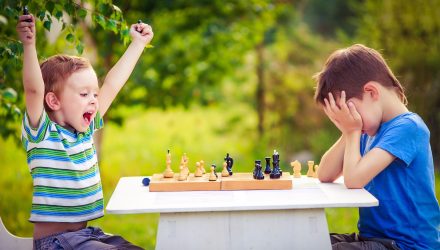 Compared to the start of the year, short-term growth and inflation expectations are lower due to weaker-than-expected consumption data and easing inflation.

We expect the US Federal Reserve to hike rates twice more this year following its latest increase of 25 basis points in March, with a risk of an additional hike if inflation accelerates (not our base case). We continue to expect above-trend growth at around 2.75% and inflation to remain moderate at around 1.9%. We expect lower inflation expectations to reduce Treasury market volatility in the near term.

Draghi noted that the ECB would be patient in making changes to monetary policy given the lack of convincing signs of a sustained upward move in inflation. We now think that ECB asset purchases are likely to extend into December 2018, with the tapering decision to be announced in June or July.

Overweight. We continue to see attractive opportunities in onshore government bonds, and with new asset management rules and liquidity management guidance in place, we expect demand for Chinese government bonds to pick up. Markets are still waiting for direction following the announcement of the new People’s Bank of China (PBOC) governor and the potential for further financial regulatory measures.

In our view, regulatory tightening has pressured non-bank financial institutions, and we see limited room for the PBOC to tighten liquidity further. In addition, lowering financing costs in the real economy has remained a major task assigned by top policy makers, all suggesting less upward pressure on yields in the near term.

Neutral. There is increased speculation that the Bank of Japan (BOJ) will tighten policy soon. However, we maintain that policy will likely remain unchanged in 2018. Inflation is running below the BOJ’s 2% inflation target,1 and due to recent yen appreciation it is unlikely that it will meet the target in the near term.

The outcome of recent wage negotiations was an average increase below the 3% goal set by Prime Minister Shinzo Abe, but it should still support increased consumption. A land sale scandal involving senior members of the government, including Abe, has the potential to escalate, and we are watching it closely. We expect 10-year Japanese government bond yields to remain range-bound over the next month between 0% and 0.1%.

Neutral. The UK economy continues to be negatively impacted by uncertainty surrounding Brexit. Most market forecasts for 2018 to 2022 point to growth in gross domestic product (GDP) below 1.5%. Lower Purchasing Managers’ Index (PMI) numbers, negative real wages and businesses planning to relocate to the eurozone due to Brexit make us less than optimistic about growth.