You are at:Home»Fixed Income Channel»Herman Cain Gets Nod from Trump for Federal Reserve Appointment 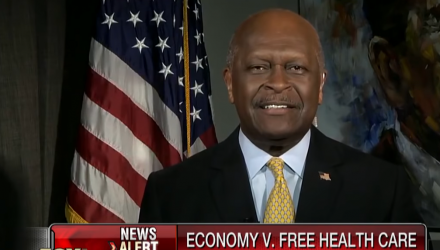 Herman Cain Gets Nod from Trump for Federal Reserve Appointment

Earlier this year, CNBC reported that Trump was considering the former presidential candidate for a Fed governorship.The 73-year-old Cain was a former chairman of the Kansas City Federal Reserve, serving for seven years between 1989 and 1996 before leaving to focus on political activities.

“He won’t formally announce until the vet is completed … But he likes Cain and wants to put him on there,” said a senior official quoted by Axios who was in discussions with the president.

Cain purportedly met President Trump at the White House on Wednesday as he was escorted by National Economic Council director Larry Kudlow. The central bank board has two vacancies available and President is said to be meeting with various candidates to fill the open positions.

Trump’s frustration with the central bank has been well-documented. As has been the case whenever market volatility racks the major indexes, President Trump has been quick to denigrate the Federal Reserve for raising interest rates.