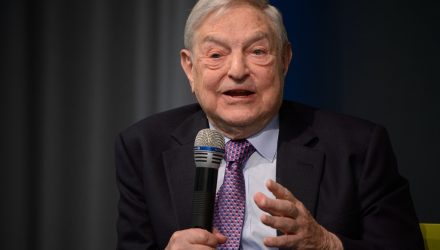 In a recent speech, billionaire money manager George Soros warned that the European Union is facing an “imminent existential threat,” according to an article in Bloomberg.

Soros cited a surging dollar and outflow of capital from emerging markets as contributing factors, as well as the termination of the nuclear deal with Iran and the “destruction” of the transatlantic alliance between the EU and the U.S. which, he said, are “bound to have a negative effect on the European economy and cause other dislocations.”

Soros argued for the abandonment of the EU’s requirement that members use the euro which, he said, “has many unresolved problems” and proposed an EU-funded Marshall Plan for Africa (totaling approximately $35 billion a year) which he said would “ease migratory pressures to the continent.”

Citing problems associated with Brexit and the refugee crisis, Soros asserted, “It is no longer a figure of speech to say that Europe is in existential danger,” adding, “Everything that could go wrong has gone wrong.”