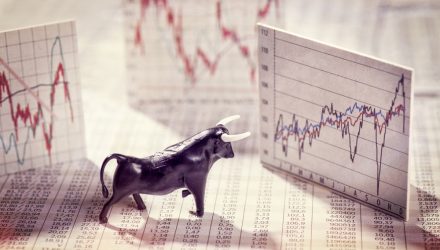 After saying that there’s “a long, long way to go to get inflation down,” CNBC is reporting that Federal Reserve Governor Christopher Waller said Wednesday that he’s open to reducing the level of interest rate increases soon, provided the economic data justifies such a move.

“Looking toward the FOMC’s December meeting, the data of the past few weeks have made me more comfortable considering stepping down to a 50-basis-point hike,” Waller said at an event in Phoenix. “But I won’t be making a judgment about that until I see more data, including the next PCE inflation report and the next jobs report.”

The latest consumer price index report showed that consumer prices rose 0.4% for the month and 7.7% for the 12 months ending October 31, lower than Wall Street estimates. This gave investors hope that the Fed would be less hawkish when raising interest rates going forward.

The Fed raised the target range for the federal funds rate by 75 basis points this month, marking the sixth consecutive rate hike and the fourth increase of 0.75%. The Federal Open Market Committee will meet on December 13-14. Analysts expect the U.S. central bank will approve another rate hike, but this time increasing by 50 basis points rather than another 0.75% raise.

Despite the latest CPI report indicating that inflation may be cooling, consumer prices remain high, and the Federal Reserve has not yet indicated it plans to pivot from its hawkish path toward raising rates. This could make low-fee Treasury Inflation-Protected Securities ETFs more attractive.

So, investors looking for some TIPS coverage while the bond market continues to face uncertainty may want to give the Vanguard Short-Term Inflation-Protected Securities ETF (VTIP) a closer look. VTIP tracks the Bloomberg U.S. Treasury Inflation-Protected Securities 0-5 Years Index, investing in debt with a remaining maturity of fewer than five years and a mix of short-and-medium term duration, giving some protection against rising interest rates.