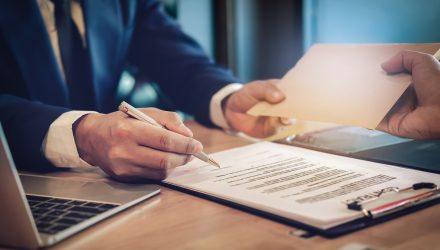 Fund Fees, Already Driven to Zero, May Have Farther to Fall

A recent New York Times article reports that “something mind-boggling in on its way” with respect to investment fees, which it says “have dropped so low that you may have assumed they have gone a far as they can.”

According to research conducted by the firm Flowspring, major companies will soon be paying customers to invest with them. “As we’ve learned from interest rates, zero is a psychological barrier, not a real one. The fund industry is tottering on that barrier right now. Negative fees are coming,” says the firm’s chief executive Warren Miller.

The article reports that in March, a start-up called Salt Financial filed a registration statement showing a fund expense ratio of minus 0.05 percent (the SEC has not yet weighed-in). But this was more a promotional tactic than long-term strategy—the filing also stated that once the fund attracts $100 million in investments, fees would rise to .29 percent.

Representatives of larger funds including BlackRock, Fidelity, Schwab and Vanguard told The Times that, while none are planning to offer negative-fee funds right now, it isn’t something they are categorically ruling out. “Fidelity has already slashed fees to zero,” for four of its index funds, the article reports, adding, “even if big companies aren’t advertising their offerings as negative-fee funds, some index funds are virtually there already.” Even at zero or negative fee levels, Miller argues, once a fund can entice investment dollars, says Miller, they can “extract revenue in many ways.” No-fee or negative-fee investment companies, it says, “will have vast amounts of information about their clients. The successful ones will find ways of making money from customers who believe, initially at least, that they are getting a free lunch.”

As always, the article concludes, “buyer beware. Low cost isn’t everything: a bad investment or service is still bad, even if there is not fee attached.” This new fee world, it argues, might call for greater regulatory scrutiny.