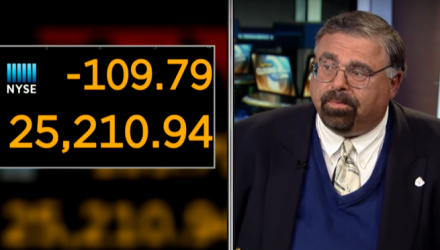 Last week’s decision by the Federal Reserve to raise interest rates by 25 basis points from 1.75 to 2 was based on a positive outlook for economic growth by Federal Reserve Chairman Jerome Powell, but Andy Brenner, NatAlliance Securities Head of International Fixed Income Securities, did not share the same optimism as evidenced in an interview with Fox Business.

Related: Are U.S. Interest Rates About to Rise Again?

“I think there’s tremendous systemic risk in the markets right now,” said Brenner.  “I think it starts with emerging markets–I think they’re teetering.  I don’t think Europe is much better.”

The European Central Bank decided last Thursday to keep interest rates unchanged and scale back on a bond-buying program as part of the ECB’s quantitative easing strategy.  According to Brenner, this more cautionary move of keeping rates static is more in line with what the Federal Reserve should be doing–not what it just did–raise rates.