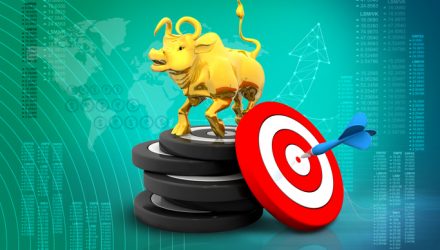 Floating rate notes (FRNs) and the related exchange traded funds received plenty of attention last year as the Federal Reserve hiked interest rates four times, but the asset class is still useful even with the Fed mulling a rate cut or two this year.

Floating rate notes, like the name suggests, have a floating interest rate. Specifically, the notes’ have a so-called reset period with interest rates tied to a benchmark, such as the Fed funds, LIBOR, prime rate or U.S. Treasury bill rate. Due to their short reset periods, these floating rate funds have relatively low rate risk.

FLOT “seeks to track the investment results of an index composed of U.S. dollar-denominated, investment-grade floating rate bonds with remaining maturities between one month and five years,” according to iShares.

“When rates rise, they offer higher coupon payments and their prices don’t fall as much as fixed-rate bonds. In contrast, most funds in the ultrashort-bond Morningstar Category invest in fixed-rate corporate and government bonds with less than three years remaining until maturity,” said Morningstar in a note out Friday. “The fund effectively protects against rising rates, but it does take moderate credit risk and loses out when rates fall.”

“Floating-rate bonds are debt obligations with variable interest payments,” according to Morningstar. “Their coupons typically adjust every three months to reflect changes in Libor. These instruments tend to perform well in a rising-interest-rate environment. In this environment, the fund’s coupons are adjusted upward, while the value of fixed-rate bond funds tends to decline. On the other hand, when interest rates fall, the prices of fixed-rate bonds gain and floating-rate bonds’ coupons are adjusted downward. Even though both groups have a short duration, they behave differently.”

The bulk of FLOT’s holdings are rated A or BBB with some residing in the AAA or AA range. Morningstar has a Bronze rating on the fund.

For more on the bond market, visit our Fixed Income Channel.