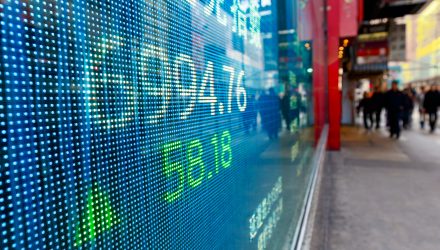 The markets had some time to digest the interest rate announcement on Wednesday as the Federal Reserve announced an increase of the federal funds rate by 25 basis points to 2.25. Following the announcement and a presser with Fed Chairman Jerome Powell, the Dow Jones Industrial Average was 106 points in the red, but rebounded to start today’s opening session–up over 100 as of 11:00 a.m. ET.

The common notion in the capital markets was that the Federal Reserve would likely raise interest rates was confirmed as the Fed capped off a two-day monetary policy meeting with yesterday’s announcement. It is the third time this year the Fed has upped the ante on its rate-hiking policy, which is likely to continue for the rest of this year.

One point of contention echoed throughout the markets is that the Fed could give pause to their rate-hiking measures if trade wars continue to be a concern. Both the U.S. and China have already slapped each other with tariffs worth $50 billion total, which have raised questions on whether tariffs turn from sector-wide issues to broad economic disruptions.

However, Powell stated that any substantial impacts on the economy as a result of the tariffs have yet to materialize.