You are at:Home»Fixed Income Channel»Deutsche Bank Will Bring Fixed-Income Trading Back to Brazil 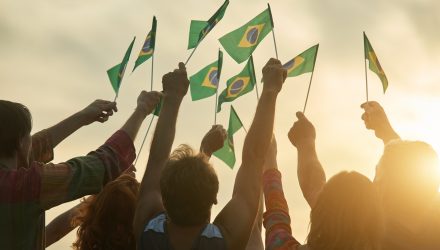 Deutsche Bank Will Bring Fixed-Income Trading Back to Brazil

After scaling back its investment banking operations in Brazil, Deutsche Bank is looking to move its fixed-income trading businesses back into the country. With the election of Jair Bolsonaro, the bank is bullish on the economic agenda for Brazil moving forward.

The move would effectively transfer the bank’s fixed-income and currencies trading operations to Sao Paulo from New York City. In an effort to cut costs by eliminating 26,000 jobs in 2016, Deutsche Bank cut down its Brazil team in half as well as other parts of Latin America, including Chile, Peru and Uruguay.

“Our focus now is on revenue, in trying to broaden the scale of our operation here in Brazil and the relevance of our business locally and globally,” said Maite Leite, the Frankfurt-based company’s chief country officer for Brazil.

Leite views Bolsonaro’s administration as one that provides a “more positive environment” in terms of being more business-friendly. The move will also allow Deutsche Bank to provide more exposure to their hedging products with respect to the local currency.

“We now have the ability to offer more sophisticated, flexible hedging products for clients than before,” said Ricardo Cunha, a managing director responsible for the fixed-income and currencies business at Deutsche Bank Brazil.