You are at:Home»Fixed Income Channel»Credit Risk Versus Interest Rate Risk 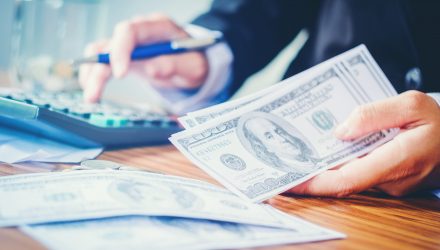 As we face a rise in the U.S. 10-year Treasury yield of nearly 50bps so far this year (through April 19th), we continue to hear investors express concerns about how the high yield market will fare in the face of rising rates. Looking back over the past two plus decades of the high yield market, we see that the prices of high yield bonds have historically been much more linked to credit quality than to interest rates.

Historically, interest rates increase alongside a strengthening economy and a strong economy is generally favorable for corporate credit and equities alike. Due to the nature of the high yield bond market, the major risk on the minds of investors tends to be default risk (not interest rate risk), causing them to be much more concerned with the company’s fundamentals and credit quality than interest rates. When the economy is expanding, profitability, financial strength, and credit metrics generally improve.

The move higher in longer-term Treasury yields that we have seen during the first four months of 2018 has been tied to expectations that the improved economic growth will give the Fed the fuel they need to continue with rate increases. As we look at the history of the high yield market, we have seen a negative correlation between the Federal Funds Rate and high yield bond default rates, which makes sense—if the economy is improving, the Fed is increasing rates, and simultaneously default rates are falling due to the stronger economy. On the flip side, if the economy is weakening, we generally see the Fed easing and default rates often increasing. The chart below demonstrates this historical relationship.(1)

High yield default rates have been below historical averages over the past several years, with the exception of 2016 when we saw default rates temporarily increase due to the collapse in energy and other commodity prices (as a reminder, energy and commodities were a significant portion of the high yield bond index at the time). We have seen a few high profile defaults over the past few months, with Toys R Us and Claire’s on the retail side, and iHeart Communication on the media side, but those have been overlevered companies for years and on the short list of problem credits, so by no means an indication to us that the default rates are set to spike. Rather, we have even seen expectations for default rates to decline further from the current
level (which is already low by historical measures) as we proceed through the year. As we look forward, we are generally seeing stable fundamentals for high yield issuers and the expectation is for default rates to remain low over the next couple years.(2)