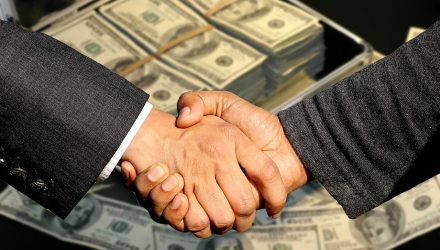 A rapid increase in short-term Treasury yields could renew investor interest in these bonds and related exchange traded funds, such as the iShares Short Treasury Bond ETF (NASDAQ: SHV).

SHV tracks the ICE U.S. Treasury Short Bond Index, which is comprised of U.S. Treasury obligations with a maximum remaining term to maturity of 12 months.

SHV has a 30-day SEC yield of 1.43% and holds 26 bonds. SHV’s standard deviation is just 0.13% and its effective duration is 0.44 years. Duration measures a bond’s sensitivity to changes in interest rates.

“The steady increase in shorter-maturity bond yields provides a thicker cushion against concerns around further rises in interest rates,” said BlackRock in a note out Tuesday. “Interest rates would need to jump more than one percentage point to wipe out a year of income in the two-year Treasury note. This is nearly double the cushion on offer two years ago—and far larger than the thin insulation provided by longer-term bonds today. We believe the short end offers relatively compelling income along with a healthy buffer against the prospects of further increases in yields.”

Changes in the yield curve may help explain performance in bond ETFs with varying durations. Specifically, it is possible for short-term interest rates to rise while long-term rates to remain the same or even fall, reflecting a flattening yield curve.