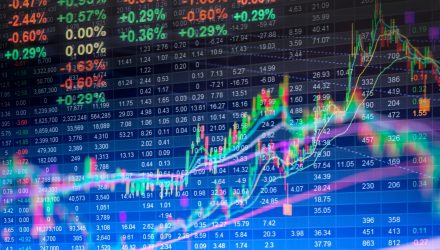 Can The Fed Keep The Market Rallying?

Rarely has there been such incredible pressure and anticipation for the Federal Reserve to cut interest rates. It is arising from all sides. Economists are worried about the U.S. slipping into a recession, market participants are awaiting more liquidity to support asset prices, and the Trump administration has been complaining that the Fed already has grievously curtailed economic growth and the stock market, despite its recent performance.

For many market experts, it is not just a question of whether or not the Fed will cut rates at the upcoming FOMC meeting at the end of July, but by how much.

While the Fed had been staunch in its goals to raise interest rates in an effort to normalize monetary policy, by March of this year, this policy stance changed direction, with the Fed signaling no more policy hikes for 2019, and adopting a coasting path to a September end to the balance-sheet-reduction program. Recently however, one Fed official after the other indicated that the door is now open for rate cuts.

“I think that this will be one of the most important weeks of Chairman Powell’s 2019 career. I think the market has expectations, like you said, of a quarter point at minimum rate cut at the end of July, yet the Fed really hasn’t concluded that that is going to occur yet,” Brett Ewing, chief market strategist of First Franklin Financial Services, told CNBC on Monday.

However, key elements to consider are whether or not a rate cut would have the desired impact on the market, what market conditions typically warrant rate cutting, and what the long-term consequences might entail. Would such cuts even lead to sustainable and substantially higher growth and investment? How long can markets maintain increasingly elevated asset prices that are decoupled from the underlying economic and corporate fundamentals?

Fed Chairman Powell will certainly field a question or two regarding whether a rate cut could be ahead. A data-dependent Fed could use the latest June jobs report as a reason not to implement a cut.

“It’s not clear to me the data are going to create a screaming case one way or the other. What it comes down to, is the Fed able to validate the market’s dovishness here?” said Stephen Stanley, chief economist at Amherst Pierpoint. “The one thing that has characterized Fed communications over the last month or six weeks is they’re just not willing to commit to anything ahead of time.”

Investors who are bullish on the market could participate using ETFs like the iShares Russell 1000 Growth ETF (IWF) or the Vanguard S&P 500 ETF (VOO), while those with a more contrarian view could use an inverse ETF like the ProShares Short S&P 500 (SH).