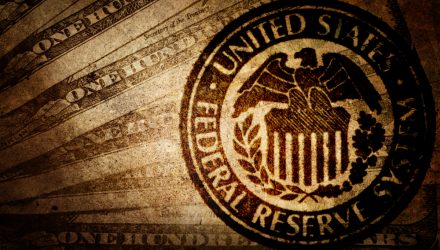 The Fed’s Jackson Hole symposium, during which central bankers from around the world come together, will be held virtually on Friday. St. Louis Fed President James Bullard has already stated that he wants to see the central bank start cutting back on its asset purchases to help obviate inflationary pressures.

“I think a lot depends on whether inflation going to moderate in 2022 or not. I’m a little skeptical that it is. I think we’re going to get at least 2.5% inflation in 2022, maybe higher than that and there’s some risk to the upside on that,” Bullard told CNBC.

Bullard even warned that the Fed could get “aggressive” if the tapering is not enough to contain inflation.

Dallas Fed President Robert Kaplan stated that the U.S. economy is still on track for the Federal Reserve to begin cutting its massive monthly bond purchases in October or soon after, Reuters reports.

“Based on everything I am seeing I don’t see anything at this point that would cause me to materially change my outlook,” Kaplan told CNBC. “Based on all that it would continue to be my view that when we get to the September meeting we would be well served to announce a plan for adjusting purchases and begin to execute that plan in October or shortly thereafter.”

However, Chris Watling, CEO and chief market strategist at Longview Economics, told CNBC that Powell’s statement on Friday could be “a little bit more dovish than the market expects.” Watling also believed that the Fed would roll back bond purchases more slowly than the market anticipated, which would “allow markets to keep moving higher.”