You are at:Home»Fixed Income Channel»The BND ETF as a Safe Haven from Falling Chinese Bond Prices 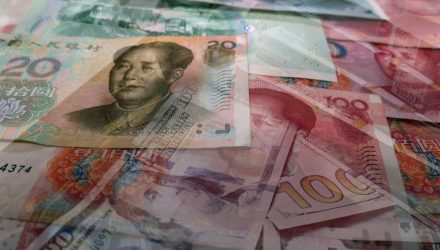 As yields tick higher for Chinese bonds, prices are subsequently falling, which is forcing investors to look elsewhere for safer harbors. One option is the U.S. bond market and the Vanguard Total Bond Market Index Fund ETF Shares (BND).

BND presents bond investors with an all-encompassing, aggregate solution to getting U.S. bond exposure. It’s an ideal solution for investors seeking to complement their equities exposure.

Meanwhile, like the United States, inflation fears are sparking a move out of Chinese bonds while yields continue to climb.

“China’s benchmark sovereign bond yield jumped the most in a year, as quickening inflation sowed doubts about whether the nation’s notes can maintain their world-beating advance,” a Bloomberg article reported. “The 10-year government bond yield climbed as much as six basis points to 2.87% on Monday, its biggest rise since July 2020, after eight straight weeks of declines. That’s after China’s July factory-gate inflation unexpectedly returned to a 13-year high of 9% touched in May. A rise in short-term interbank rates also weighed on government debt.”

As mentioned, bond investors can use BND as a traditional hedging component when the equities market goes awry. Short-term traders can also use the ETF given its dynamic ability to be bought and sold quickly in the open market.

Not so long ago, Chinese bonds were the toast of the debt markets. Yet recent governmental policy changes have fueled a distaste for the Chinese debt market, which is spooking global bond funds.

“Global bond funds with the most Chinese corporate debt lagged behind their benchmark indexes over the month that ended last Thursday, according to a Wall Street Journal analysis of data from Morningstar Inc,” a Wall Street Journal article reported. “The underperformance coincides with declines in stocks and bonds of Chinese private education, technology and property companies, triggered by regulatory and policy changes.”