You are at:Home»Fixed Income Channel»BlackRock Sees Fed Pause for at Least First Half of 2019 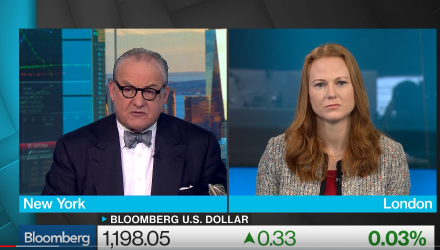 BlackRock Sees Fed Pause for at Least First Half of 2019

“Patience” has been a mainstay in Fedspeak as of late and in January, the central bank elected to keep the federal funds rate unchanged, saying that it will be patient moving forward with respect to further rate adjustments.

In a statement, the Fed said it voted unanimously to hold its policy rate in a range between 2.25 percent and 2.5 percent. The markets cheered the move as the Dow Jones Industrial gained as many as 400 points following the news to keep rates static.

“In light of global economic and financial developments and muted inflation pressures, the Committee will be patient as it determines what future adjustments to the target range for the federal funds rate may be appropriate to support these outcomes,” the statement said.

Furthermore, the central bank lowered its view on economic growth, changing it to “stable” as opposed to “strong.” It also said inflation gauges “have moved lower in recent months.”

Is a Fed pause in store for the next interest rate policy decision?