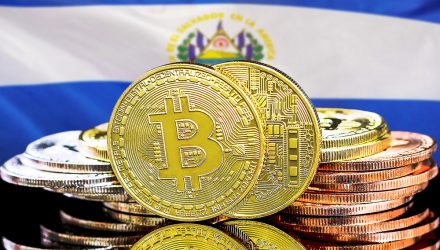 Bitcoin Bonds: The Next Frontier for Fixed Income?

The cryptocurrency space could be reshaping the way that fixed income investors think about municipal bonds, or, in the case of El Salvador, emerging markets (EM).

Coming fresh off making bitcoin a form of legal tender in its country, El Salvador is now taking bonds to another level.

“El Salvador plans to construct a ‘Bitcoin City’ near a volcano that will be funded by the cryptocurrency, the country’s President Nayib Bukele announced Saturday,” CNBC reports. “The city will have residential and commercial areas, services, entertainment, restaurants and an airport and will be built near Conchagua volcano in south eastern El Salvador.”

In a separate endeavor, the country is planning to create a “Bitcoin Bond” to raise $1 billion. Half of the fund will be allocated towards crypto mining infrastructure, while the other half will be used to purchase bitcoin

“Samson Mow, chief strategy officer at Blockstream, said that there is a five-year lock-up on the bond which is designed to take $500 million of bitcoin off the market for that period of time,” CNBC says. “Investors in the bond will get an annual special dividend, Blockstream said.”

If bitcoin bonds are not your cup of tea, then there are plenty of traditional finance options. One place to get tax-free municipal bond exposure is via an ETF wrapper with funds like the Vanguard Tax-Exempt Bond ETF (VTEB).

As far as getting EM debt exposure, there’s the Vanguard Emerging Markets Government Bond Index Fund ETF Shares (VWOB). The fund seeks to track the performance of a benchmark index that measures the investment return of U.S. dollar-denominated bonds issued by governments and government-related issuers in emerging market countries.

The fund employs an indexing investment approach designed to track the performance of the Bloomberg USD Emerging Markets Government RIC Capped Index. All of the fund’s investments will be selected through the sampling process, and under normal circumstances, at least 80% of the fund’s assets will be invested in bonds included in the index.