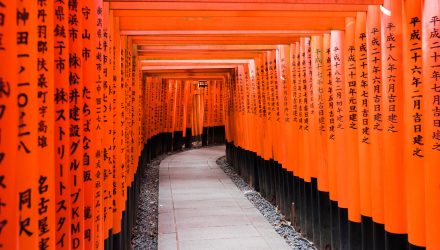 How to End Japanese Inflation

The Bank of Japan thinks Japan may hit its 2% inflation target in 5 years. Kuroda says risks are to the downside.

It may take Japan five more years to reach its 2% inflation target according to BOJ governor Haruhiko Kuroda.

“Sometime within the next five years, we will reach [our]2 percent inflation target,” Governor Haruhiko Kuroda told CNBC’s Sara Eisen over the weekend. Once that level is reached, we will start “discussing how to gradually normalize the monetary condition.”

People hoard cash, especially the miserly wealthy. We need to unlock that cash and put it to work.

To free up this money, I propose negative sales taxes. The more you spend, the more money you get back as a direct tax credit against income taxes.

What can possibly go wrong?

One Percent Tax Per Month on Government Bonds

Bond buyers effectively bet on capital gains of still more negative rates.Phooey! Makoto Yamashita, a strategist for Japanese interest rates at Deutsche Bank AG’s securities unit in Tokyo said“There are investors who have no choice but to buy.” We need to end this “no choice” hoarding sentiment right here, right now.

I have just the solution. Tax government bonds at the rate of 1% per month. No one will want them. Hedge funds and pension plans will dump sovereign bonds en masse. This will allow governments to buy every bond in existence immediately, if not sooner. As soon as the government corners the bond market (at effectively zero cost), debt and interest on the debt will truly be owed to itself.

Once the bond market is 100% cornered, I propose government debt be declared null and void annually. This would effectively wipe out the entirety of Japan’s debt.

Japan’s debt-to-GDP ratio would immediately plunge from 250% to 0%.

Japan desperately needs to get people to spend, continually.

Once again, I have a logical proposal. For every purchase one makes on a credit card, that person gets a free lottery ticket for a weekly drawing worth $10,000,000 tax free.