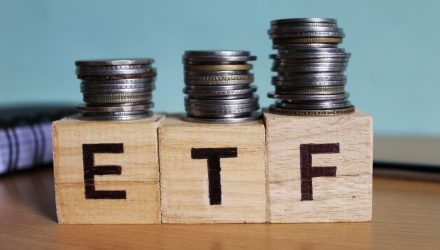 ETFs have drastically changed the landscape of equity investing, but this year has greatly accelerated the rise of the fixed income ETF.

Mutual funds have witnessed $446 billion in outflows this year, largely driven by the Fed’s response to inflation. Over a third of those outflows have been sponged up by bond ETFs. Short-duration bond ETFs, such as the Vanguard Short-Term Bond ETF (BSV), are drawing investor attention, as are funds like the Vanguard Total Bond Market ETF (BND). Given the inflationary environment, funds like the Vanguard Short-Term Inflation-Protected Securities ETF (VTIP) are also benefiting from the mutual fund exodus.

One key reason that bond ETFs are seeing inflows despite the bear market is that ETFs can be traded like stocks, changing hands throughout the day. Mutual funds lack that advantage. In a phone interview with Bloomberg Sean Collins, chief economist at the Investment Company Institute, said, “the Fed meets and tells the world at 2 p.m. what they’re going to do. With an ETF, you can respond immediately. With a mutual fund, you can respond at 4 o’clock.”

With ETF fees coming down and more maneuverability to trade throughout a session, fixed income ETFs are starting to come into their own, but there’s still a lot of room to grow. Despite bond mutual funds posting staggering outflows, they still command over $4.5 trillion in assets. Fixed income ETFs sit at $1.3 trillion by comparison. Much of this is due to the heft of the 401(k) as a retirement structure. 401(k)s were specifically designed to hold mutual funds. Kristen Carlisle, a general manager of Bettermint’s 401(k) noted to Plan Adviser that, “Many retirement plan providers are mutual fund companies, and plans are sold through their distribution partners. There are fees embedded in mutual funds that facilitate payments to every party involved in the sale. That structure has been in place nearly since the inception of 401(k)s.”

Despite this current structural advantage, the ETF is primed to be the fixed income vehicle of the future.