You are at:Home»Fixed Income Channel»Alpha and Beta: How Do They Relate to Investment Risk? 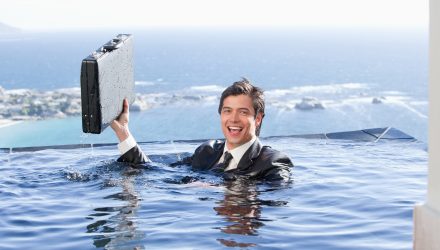 Alpha and Beta: How Do They Relate to Investment Risk?

Alpha and beta are two common measurements of investment risk. However, I must add a caveat before we jump in.

Alpha and beta are part of modern portfolio theory, much of which is questioned by analysts (including myself). That doesn’t mean you can’t use the concepts of alpha and beta to have a better understanding of investing.

First we will examine Alpha and beta. Then we will look at how a value oriented investor can approach these two investment concepts and become a better investor.

Difference Between Alpha and Beta

Beta is a historical measure of volatility. Beta measures how an asset (i.e. a stock, an ETF, or portfolio) moves versus a benchmark (i.e. an index).

Alpha is a historical measure of an asset’s return on investment compared to the risk adjusted expected return.

What Does Beta Mean?

What Does Alpha Mean?

Alpha is used to measure performance on a risk adjusted basis. The goal is to know if an investor is being compensated for the volatility risk taken. The return on investment might be better than a benchmark but still not compensate for the assumption of the volatility risk.