You are at:Home»Fixed Income Channel»5 Structural Safeguards in the Astrea IV PE-Backed Bonds 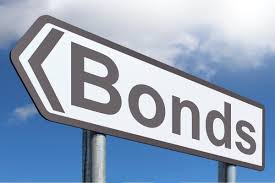 Flipping through the Astrea IV prospectus, we note that there are five key structural safeguards:

In order to have a better understanding as to how these safeguards can secure investors’ interests, let us take a deeper look at each safeguard and what they mean.

The reserves accounts are specially earmarked accounts which are meant to accumulate cash specifically for the purposes of redeeming the Class A-1 and Class A-2 bonds on 14 June 2023.
Explanation: Think of the reserves account as a specially designated cash account that will accumulate cash from the proceeds of the private equity funds distributed to Astrea IV. This specially designated cash account is there specifically to redeem the bonds from bondholders when the bond matures.

Where Does the Cash for the Reserves Account Come From?

When the underlying assets of Astrea IV provides returns, usually in the form of cash distribution from the private equity (PE) funds, Astrea IV would have to redistribute these returns according to the Priority of Payment as stipulated in the prospectus.

For example, if you were to sell your house which is still under mortgage, the bank would first collect the money owed to it and any interest still owed before you receive the remaining amount from the sale.

In this case, the interest payment for the bonds and the cash deposited in the reserves account rank near the top when any cash distributions from the private equity funds are made to Astrea IV.

The sponsor sharing feature is a new feature which was not available for the Astrea III bonds issued earlier. The feature accelerates the amount deposited into the reserves account if a performance threshold is met.

Explanation: This means that after certain KPIs are met, the sponsor will divert more cash from fund distributions to the reserves account to ensure a much higher likelihood that the bondholders are paid off at redemption.