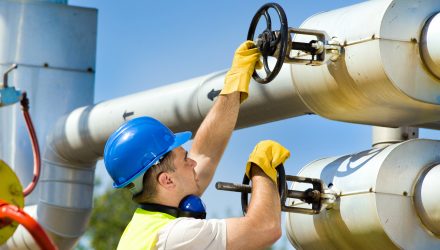 The energy sector is one of the better-performing groups in the S&P 500 this year, a trend reflected by an array of ETFs. For instance, the iShares U.S. Energy ETF (NYSEArca: IYE) is higher by 5 percent year-to-date.

“At two times trailing price-to-book (P/B) the sector looks cheap relative to its own history. Since 1995 the large cap S&P Energy Sector Index has traded at an average of approximately 2.4 P/B,” said BlackRock.

Data support the notion that energy stocks are cheap relative to the broader market.