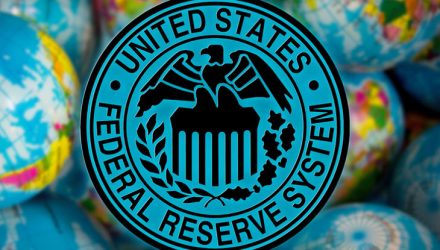 Here we are halfway through the FOMC meeting cycle for 2017, and the policy makers appear to be right on schedule with their projected rate hikes for the year. The Federal Reserve’s (Fed) own internal projections for the current calendar year projected three rate increases in the Fed Funds target range. With the June rate hike now in the books, the Fed has already implemented two of those increases. Now the key question is: What comes next?

Certainly, this week’s rate hike came as no surprise to the money and bond markets. Indeed, the Fed Funds Futures-implied probability placed the odds of such a move at 95% heading into the week. Going forward, there is far less agreement on both the timing for another rate hike and on whether there will even be an additional move in 2017. Another key consideration that has been added to the mix is the Fed’s balance sheet, specifically its holdings of Treasuries, agency debt and agency mortgage-backed securities (MBS). In fact, the Fed provided an updated policy normalization plan on that front for the first time since September 2014 (a topic for an upcoming blog post).

Earlier this year, the Fed seemed to be pleased that its dual mandate of employment and inflation appeared to be on the cusp of being attained. While the employment side remains on track, the inflation part has begun to be called into question of late. To be sure, the Fed’s preferred measure of inflation, the price index for personal consumption expenditure (PCE), rose to a five-year high of +2.1% in February, crossing the FOMC’s 2% threshold in the process. However, the latest reading placed inflation at a more modest +1.7%. A similar pattern has emerged on the wage front, as the winter peak reading of +2.8% has drifted back to +2.5% in the spring. As long as there is no further slowing in price pressures, the voting members will probably continue to feel that inflation is on its way back to their 2% objective and not act as a deterrent to any future moves.

The timing for the next Fed Funds increase could also be predicated upon the Fed’s decision on when to begin phasing out its reinvestment policy for the aforementioned securities. Up to this point, the policy makers seem to be guiding the markets into thinking that when they make the announcement regarding their balance sheet, the voting members would take a little pause in their rate-hiking cycle in order to assess any potential market ramifications (a lesson learned from the taper tantrum). At the present time, there does seem to be a consensus developing in the fixed income markets that an announcement regarding reinvestment policy could occur at the September FOMC meeting. If the markets digest the balance sheet announcement without any visible dislocations, and economic and financial conditions continue to match the Fed’s own outlook, the policy makers can be expected to follow up with a third rate increase at the December FOMC meeting.