You are at:Home»Video»Fed, Mueller, Xi Among Factors for Investors to Consider as Year Ends 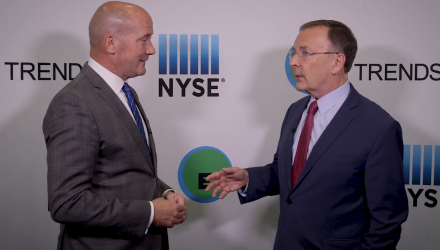 Fed, Mueller, Xi Among Factors for Investors to Consider as Year Ends

As the end of the year quickly approaches, a number of factors in the current market environment could continue to keep investors on edge.

“First and foremost, the Fed is going to be a big deal because Trump doesn’t like his own Fed Chairman, but they have to raise rates again in December – I think,” said Greg Valliere, Chief Global Strategist for Horizon Investments, at the Charles Schwab IMPACT 2018 conference. “Then there’s going to be Robert Mueller. We haven’t heard much from him, but he’s got stuff that he’s been gathering. I think we’re going to hear a lot from him toward the end of the year. Then you’ve got China. I think maybe when Xi and Trump meet in Buenos Aires in late November, maybe things start to look a little bit better.”

While the U.S. economy is not heading toward a recession anytime soon, investors could be in for a flatter growth period ahead.

“Is it going to get a lot better? Hard to make that case. I think, maybe, we’re going to level off for a while,” Valliere added.