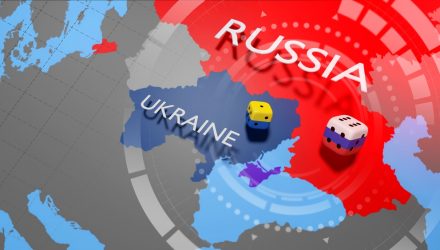 The CBOE Volatility Index and VIX-related exchange traded funds advanced Tuesday after Moscow authorized the use of force outside of Russia and troops entered the Donetsk and Luhansk regions of Ukraine, fueling fears of an imminent all-out war.

Investors braced for further volatility as the markets watched for the international responses to the military escalation, along with President Vladimir Putin’s next move.

“Investors are de-risking as the situation escalates and uncertainty builds regarding the path forward,” Lindsey Bell, chief markets and money strategist for Ally Invest, told the WSJ. “Markets are likely to be on edge for the next several weeks.”

“The bottom line is that fear factor remains elevated, and until we get some sort of a clearer picture of what Putin may or may not do, the market is just going to stay in a state of confusion,” Peter Cardillo, chief market economist at Spartan Capital Securities, told Reuters.

“If oil prices continue to rise and go above $100 and stay there for a sustained period of time that means you’re going to have even higher inflation,” Cardillo added.