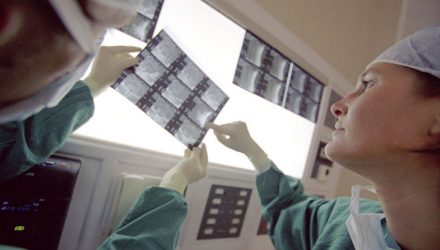 In fact, many healthcare ETFs jumped last week with plenty hitting record highs. Among the most vulnerable to a shake up in the status quo, the hospital industry could be among the worst hit from the proposed changes, which could cause millions to lose health coverage. Looking at ETF options, the iShares U.S. Healthcare Providers ETF (NYSEArca: IHF) would be among the worst off in case of a sell off in the health industry. However, IHF climbed 2.4% last week, extending its year-to-date to 19%.

Hospital stocks were seen as big winners under Obamacare because with more Americans having access to health insurance, hospital operators would be able to be compensated for more procedures and services while providing fewer services for free.