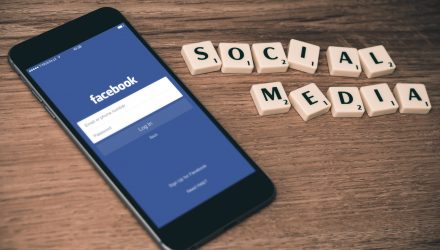 Facebook is a big part of many tech related ETFs. Among the ETFs with the largest exposure to Facebook are the Global X Social Media Index ETF (SOCL) with a 8.85% weighting, iShares U.S. Technology ETF (IYW) with a 7.82% weighting, and Entrepreneur 30 Fund (ENTR) with a 7.68% weighting.

Despite a positive report, Facebook is still under scrutiny. Facebook’s chief technology officer, Mike Schroepfer, will be appearing before a U.K. Parliament committee Thursday morning to address privacy and data security concerns.

According to CNBC,  “Zuckerberg said on a conference call that the company is investing “heavily” on safety and security, including workers with language skills for detecting hate speech, and tools for verifying government IDs, ahead of elections in the U.S. and abroad by the end of the year.

Related: How Facebook Broke the Internet and Our Brains

“Beyond the investments we’re making to secure our platform, we’re going to invest even more in building the experiences that bring people together on Facebook in the first place,” Zuckerberg said.

Facebook announced it would buy back $9 billion more shares, after initially announcing a $6 billion buyback.