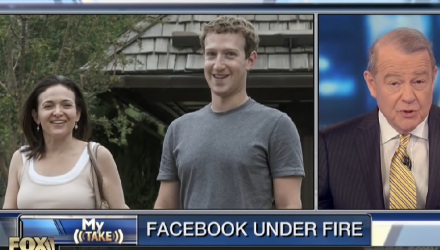 In the wake of declining shares and reduced investor confidence, Facebook CEO Mark Zuckerberg is taking on a more aggressive management style in an effort to prop up the social media giant as shares fell 5% on Monday, while exchange-traded funds (ETFs) with the heaviest Facebook allocations faltered.

After reaching a high of about $210 per share, Facebook is down roughly 37% to its current price of $133 as of 12:30 p.m. ET. Despite the drop, analysts are foreseeing a subsequent bounce to come.

“Some analysts have a lowest price target on Facebook, Inc of $125, which would mean a -10.41% gain in value,” said Ingrid Hudson of RNS Daily. “The closing share price quoted for November 16, 2018 was $139.53. The -3% drop might have been tempting for an investor to sell at this point but in fact that would prove a short-sighted mistake, as sell-side analysts think there is almost 97.09% more gain yet to come for shareholders.”

Nonetheless, in an effort to stop the bleeding, Zuckerberg dialed up the aggressiveness lately, which has caused some fallout from the social media company’s top executives. A report by the Wall Street Journal revealed that the embattled Zuckerberg told execs he would adopt a more aggressive stance akin to a war general amid pressure from investors and lawmakers.

Employee morale has purportedly sunk as a result of Zuckerberg’s latest management shift, which came to a head when Facebook COO Sheryl Sandberg was admonished during the Cambridge Analytica Scandal.

In September, lawmakers for the Senate Intelligence Committee and House Energy and Commerce Committee grilled top social media executives for Twitter and Facebook regarding efforts to parry foreign influence operations on their respective platforms. Twitter CEO Jack Dorsey and Sandberg faced a battery of questions regarding foreign influence operations as the November midterm elections near.