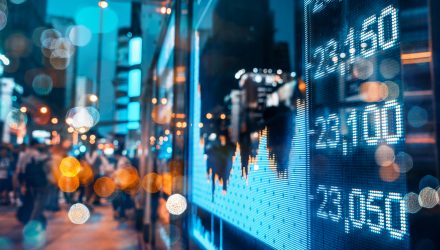 The recent explosion in tech stocks has aided the Nasdaq in achieving a 2% year-to-date gain through Tuesday’s close, while the S&P 500 is down 10% year to date and the Dow is off 15%.

Now Jim Cramer said the most dominant names in technology emerged as the latest stock group to lead the market higher in Wednesday’s session.

“These Big Tech stocks led us higher,” the “Mad Money” host said after the major averages staged a strong rally.

“This market’s been going through leadership groups like there’s no tomorrow.”
Cramer has been undoubtedly referring to the rapid-fire oscillations that investors are witnessing over the last few weeks, as stock indexes struggle to break through key technical levels amid ongoing economic uncertainty and a still rampant coronavirus pandemic.

The Dow Jones Industrial Average gained 369 points, or 1.52% Wednesday, as the S&P 500 scrapped out a 1.67% gain. But the champion of the three was the tech-heavy Nasdaq Composite which climbed 2.08% to finish the day.

While the market has undergone some changes as there have been breakouts in the consumer staples, health care, essential big-box retailer, and semiconductor sectors during different periods, as the U.S. has continued to fight the coronavirus pandemic, now it may be tech’s turn according to Cramer.

Shares of Facebook also surged to an all-time high of $230.75 on Wednesday, climbing as much as 6.4%, with Wall Street analysts’ ebullience over the company’s decision to concentrate on e-commerce.

Morgan Stanley noted Wednesday that this could make Facebook a competitor to Amazon and Alphabet’s Google, and that Shops could be a multibillion-dollar opportunity. Meanwhile Deutsche Bank sees Shops as an opportunity for the company to generate billions.

“I think this is the future of small business: lots of sole proprietors making things work over the web … and apparently Facebook agrees,” Cramer said. “And while I’ve been lukewarm on some of Facebook’s actions over the years, this one I think can really make a positive difference in a time of painful unemployment and sputtering small- and medium-sized businesses.”

Microsoft, another of Cramer’s standouts, added 1.38% during the session. The stock has had 10 positive sessions in the last 13 trading days. Cramer referred to the tech behemoth as a “red-hot” stock.

“Microsoft’s working its way relentlessly higher. Some of its momentum, although some of it might be their cloud and gaming divisions,” he said.

For investors looking to use ETFs to play the FAANG stocks, the Direxion Daily Technology Bull 3X ETF (NYSEArca: TECL) is a leveraged ETF that tracks many of the tech stocks in the FAANG group. TECL was up over 6% Wednesday.