You are at:Home»Equity ETFs»Exploring an ETF That Probes New Investment Frontiers 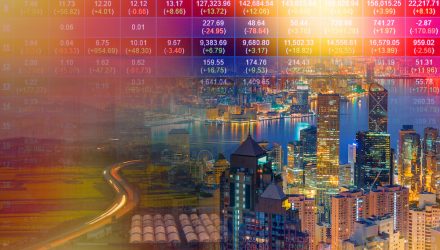 More exchange traded funds are focusing on disruptive technologies, new economy themes and exposure to the fourth industrial revolution. Among those funds is the newly minted SPDR Kensho Final Frontiers ETF (NYSEArca: XKFF), which debuted just a few weeks ago.

The new ETFs, which track proprietary index methodologies developed by Kensho Technologies, an award-winning machine intelligence company, are designed to provide investors with cost efficient, diversified access to the potential growth of innovative companies widely considered to be driving the Fourth Industrial Revolution and ushering in the new economy.

“The investment implications of a more accessible, less expensive means of entering outer space could be plentiful,” said State Street in a recent note. “Morgan Stanley estimates that revenue generated by the global space industry will increase to $1.1 trillion or more in 2040, up from $350 billion in 2016, with possible investment opportunities in fields such as satellite broadband, high-speed product delivery and human space travel.”