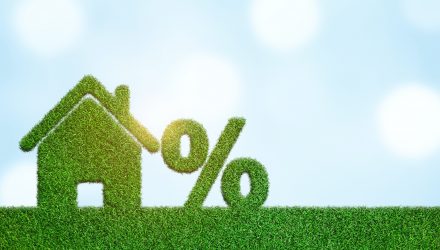 If you thought the historic lows in mortgage rates were too good to be true, there is more good news: the rates may drop even further!

Mortgage demand was aided by another sizable drop in mortgage rates recently, with the average contract interest rate for 30-year fixed-rate mortgages with conforming loan balances of up to $510,400 declining to 3.19% from 3.26%. Total points on the loan, including the origination fee, fell from 0.35 to 0.33 for loans with a 20% down payment, which is 63 basis points lower than the recent high in late March.

Refinancing applications, which are most susceptible to weekly rate moves, rocketed 12% higher recently and were 107% higher than a year ago. Record low rates caused Fannie Mae to positively revise its housing projection for the second half of this year.

“The continued decline in mortgage rates pushed up our refinance volume forecast by about $100 billion,” said Doug Duncan, Fannie Mae’s chief economist. “At the current mortgage rate, we estimate that nearly 60% of all outstanding loan balances have at least a half-percentage point incentive to refinance.”

Now the average rate on the popular 30-year fixed just fell to another record low: an incredible 2.87%, according to Mortgage News Daily.

That is about a full percentage point lower than a year ago. And amazingly that is only the mean rate, as borrowers are locking even lower rates.

“There are pools of loans being sold right now with average rates of 2.625%, meaning some people are getting rates at 2.375-2.5%,” said Matthew Graham, chief operating officer at Mortgage News Daily. “While those likely involve some closing costs, that’s still nuts.”

Mortgage rates roughly follow the yield on the 10-year U.S. Treasury, which on Thursday slipped to its lowest level since March, as bond prices continued to rally and stocks fell. The iShares 20+ Year Treasury Bond ETF (TLT) gained slightly as well.

The Federal Reserve began purchasing more mortgage-backed bonds to steady the market and simultaneously commenced a mortgage bailout for borrowers hit financially by the coronavirus crisis.

All the uncertainty is causing anxiety in mortgage lenders and investors, as the surge in coronavirus cases causes a worry that people will lose their jobs and default on their monthly payments, or that the economy could enter a lockdown again, potentially damaging the housing market in general.

Mortgage rates depend largely on what investors will pay for mortgage-backed bonds, where investors require some kind of yield, or they won’t be interested in those bonds. This puts a floor on rates, making it a question of whether the bonds even exist and what the demand would look like for such low-rate bonds.

“For a variety of reasons, it doesn’t make any sense for the mortgage market to begin to rely on a new, lower-rate mortgage bond unless it’s sure that bond will remain relevant,” said Graham. “We only recently saw the introduction of an all-new mortgage bond coupon in April. It technically allows for rates to go down to 2.25% on the 30-year fixed. That’s as low as rates could go without a serious double-dip recession to drive a second wave of gains in the bond market — totally possible, but not yet a guarantee.”

Investors’ timelines are also important, so they don’t want people to refinance too quickly. Refinance volume has been robust this year, given the historically low rates, and applications last week climbed to 122% annually, according to the Mortgage Bankers Association. For current homeowners looking to refinance, it might be time to start shopping rates again.