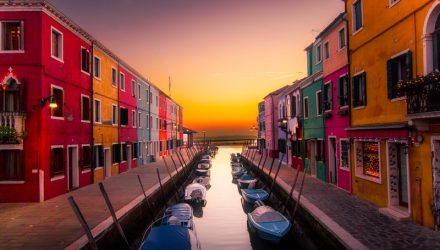 At Accuvest Global Advisors, we are known as the “country” guys, as we have been analyzing data at the country level and ranking countries for over 12 years. However, more often than not, advisors ask what our perspective and opinion is from a regional standpoint. Be it industry standard, human nature, or habit, one often seems to want to group as much as they can and wherever they can.

Our belief is that countries matter, and that selecting investment opportunities at the country level offer the greatest outperformance opportunities. We have written white papers detailing how country effects dominate sector effects and believe that although countries may share borders and be considered in the same region or classification (i.e. Emerging Markets), each country is different from its neighbors and different from other countries that have similar market cap. Mexico and Malaysia each share the same weight in iShares EEM ETF but are vastly different countries. France and Italy may share a border, but their economic and stock market performance can vary greatly. This is why we do not stop at the regional level, but dive deeper to analyze the data at the country level.

Regionally speaking, Developed and Emerging Europe as a whole has been very unattractive for the past last three years. With expensive valuations, poor momentum, and sluggish fundamentals, Europe was our largest relative underweight in our country strategies.

Over the last 10 months, this has all changed. European countries have become much more attractive, representing seven of our top 10 ranked countries.  Poland, Netherlands, France, Spain, Austria, and Germany lead the way, with the Nordic countries (Denmark, Sweden, and Finland) ranking right after the top 10. Collectively, these countries share better than average short term and medium term Momentum, and cheaper than average Valuations.

The increase European exposure has come at the expense of Asia-Pacific, Japan, and United States.  As seen in the chart below, exposures to Europe in our Global portfolios have nearly tripled, while the US is now an underweight.