You are at:Home»Featured»Europe ETFs May Provide Investors with Greater Opportunities 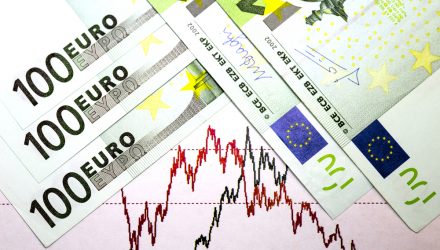 After a tremendous rebound in U.S. markets, stock exchange traded fund investors may do well by diversifying into international waters, notably European equities.

BlackRock argued that Europe has a “leg up” over other regions, including the U.S. and emerging markets, as the global economy recovers, MarketWatch reports.

BlackRock Investment Institute has a neutral outlook on U.S. equities, pointing to “the risk of fading fiscal stimulus and election uncertainty,” but the money manager held an overweight outlook on European stocks after upgrading the region in its midyear outlook.

It believed European stocks offered the “most attractive regional exposure” to a varying global reopening. While a growth pickup would benefit emerging markets, Europe’s health infrastructure and policy response to the coronavirus pandemic has left it better placed in the global economy.

Specifically, BlackRock underscored the fact that new cases in Europe, which was once the epicenter of the virus, have diminished from a peak in April while infections in the Americas, notably in Latin America have spiked.

“Importantly, the monetary and fiscal support to cushion the virus shock is stronger in Europe than in EM countries and Japan — and there is space and appetite for additional stimulus,” Pyle added.

The European Union was also meeting Monday to discuss the bloc’s €1.8 trillion, or $2.06 trillion, coronavirus recovery plans. EU leaders are still butting heads over the size of the final plan, how much of it should be made available in grants and other conditions attached.