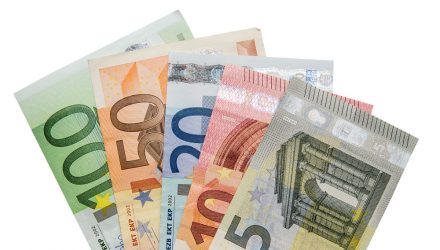 Up more than 12% year-to-date, the CurrencyShares Euro Currency Trust (NYSEArca: FXE), which tracks the euro’s price movements against the dollar, is one of this year’s best-performing developed market currency ETFs. However, the common currency’s strength could be tested in the months ahead.

Part of the euro’s bull thesis is tied to the surprisingly weak dollar, which has struggled even against the backdrop of two interest hikes this year by the Federal Reserve.

The PowerShares DB U.S. Dollar Index Bullish Fund (NYSEArca: UUP), the tracking exchange traded fund for the U.S. Dollar Index, is getting hammered this year. UUP tracks the price movement of the U.S. dollar against a basket of currencies, including the euro, Japanese yen, British pound, Canadian dollar, Swedish krona and Swiss franc. Other currencies, including the Australian dollar, yen and Canadian dollar have recently been gaining momentum against the greenback. UUP is down 9.5% year-to-date.

Recent Commitments of Traders (CoT) data suggest traders are remain bearish on the dollar and bullish on the euro to extreme levels.

The week ended Sept. 15, “marked the eighth consecutive week of large speculators being net short the U.S. dollar, while the net long position on the euro is approaching decade-plus extremes. On the surface, this diverging sentiment on the two currencies is simply the extension of a “pro-Europe, anti-U.S.” investment trend we’ve been clocking for some time. But under the surface, it’s worth questioning whether the current CoT large speculator positioning is sending up any tradable contrarian flags for these two dominant currencies,” according to Schaeffer’s Investment Research.