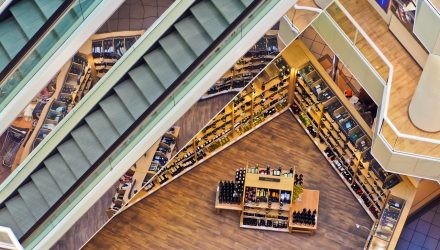 ETFs to Capitalize on the Shift in Consumer Spending

“For bricks-and-mortar, many analysts see a bleak forecast,” Hyman said. “As popular as online shopping may seem, only 10% of global purchases are currently conducted online, which leaves substantial room for growth that will further displace retail stores. Even Amazon, massive juggernaut that it seems, still has less than 1/3 the total sales of Walmart. And even for retailers that are able to find new business models, it’s likely future success won’t measure up to the past.” 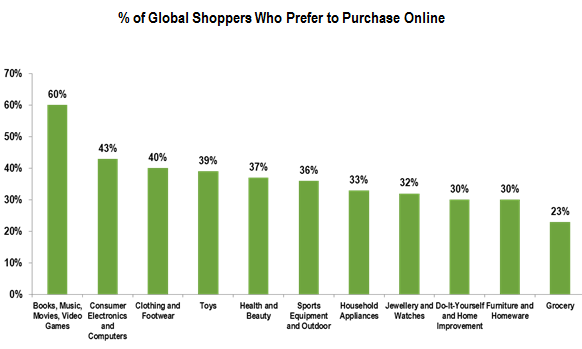 Brick-and-mortar shops, though, aren’t going to take this sitting down. Retailers have tried to adopt new business models like omnichannel sales, or integrate retail distribution mode where online and brick-and-mortar presences are integrated, such as ordering online and picking up in a store. Retailers are also using a type of showrooming strategy where they open small footprint stores with little to no inventory and sales are then generated in the phyiscal location but fulfilled online.

“It remains to be seen which traditional retailers will successfully adapt to stave off the loss of market share to Amazon and other e-commerce retailers and still remain profitable,” Hyman said.

As investors consider the shifting landscape in the consumer sector, look to something like the ProShares Decline of the Retail Store ETF (NYSEArca: EMTY) and ProShares Long Online/Short Stores ETF (NYSE Arca: CLIX).

The Decline of the Retail Store ETF provides daily short exposure or -1x to the new Solactive-ProShares Bricks and Mortar Retail Store Index, which is comprised of traditional retailers and equally weights components.

Meanwhile, the Long Online/Short Stores ETF is a type of long-short strategy and the first ETF to track the potential growth of online companies while benefiting from the decline of bricks and mortar retailers.

Financial advisors who are interested in learning more about the retail segment can watch the webcast here on demand.