You are at:Home»Equity ETFs»ETFs to Help Investors Pick and Choose Their Market Exposures 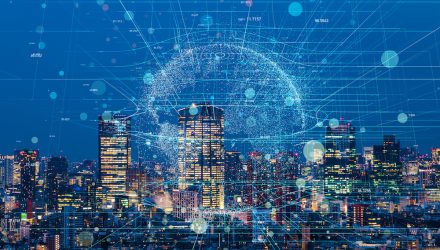 ETFs to Help Investors Pick and Choose Their Market Exposures

The U.S. economy continues to expand with strong corporate earnings. Nevertheless, exchange traded fund investors will have to pick and choose their plays ahead.

“The United States remains our preferred region among developed markets. The underlying fundamentals are still favorable, including a strong economic expansion and continued earnings growth. Markets have often rallied in the months after midterm elections (see chart below), but we are focused on what the new government makeup could mean for these sectors,” Christopher Dhanraj, Director and Head of iShares Investment Strategy, said in a research note.

Specifically, Dhanraj highlighted three U.S. segments to closely watch ahead. For starters, the strategist argued that military spending will continue to be a priority under the Trump administration, with defense spending up 9% in 2018 year-over-year. Something like the iShares U.S. Aerospace & Defense ETF (NYSEArca: ITA) can be a pure play for those seeking exposure to the defense sector.

While drug pricing has been an ongoing issue, healthcare stocks have benefited from their defensive nature and strong corporate earnings growth. Dhanraj also noted that investors have been diving deeper into the sector to gain targeted exposure to industries like medical devices, which have outperformed this year. Investors can also gain access to this sub-sector through something like the iShares US Medical Devices ETF (NYSEArca: IHI).

Lastly, Dhanraj believed that infrastructure companies represent an opportunity and a promising area of political consensus. While there remain questions about funding for infrastructure spending ahead, a bipartisan solution could bolster this industry as the country rebuilds its aging infrastructure and expands on a growing economy. The iShares U.S. Infrastructure ETF (Cboe: IFRA) can provide a targeted play on U.S. infrastructure segment.

“The key for investors is to look beyond the political noise heading into 2019. Taking industry level views can be an effective way to play postmidterm election market trends, with the tailwind of more favorable valuations providing an opportunity for investors,” Dhanraj added.