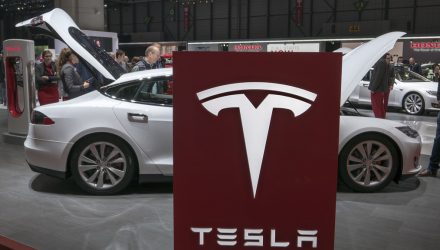 ETFs Heavy with Tesla Down on SEC Lawsuit Against Elon Musk

The tweet heard around the capital markets regarding Tesla CEO Elon Musk’s idea of taking the electric auto manufacturer private is now landing him in hot water as the SEC has filed a civil lawsuit against Musk, alleging he issued “false and misleading” statements and failed to communicate material company events to regulators.

Downward pressure on Tesla’s share price was also applied as investors are positing whether the SEC lawsuit could bring about an abrupt departure of Musk on a temporary or permanent basis.

“The SEC civil action may lead to Musk’s exit from Tesla (either permanently or temporarily) and the Musk premium in the shares dissipating,” analyst Brian Johnson said in a note. “Tesla shares have ~$130 of Musk premium for future success that might dissipate.”

The SEC lawsuit is just the latest installment of Musk’s mercurial behavior as of late, causing top executives to head for the exits earlier this month after Musk smoked marijuana on the podcast “The Joe Rogan Experience.” Musk’s behavior on the podcast is a culmination of what has been tumultuous times for the electric carmaker founder, which started when he first sent a tweet that he was considering taking the company private at a price of $420 a share, citing that it was “the best path forward.”