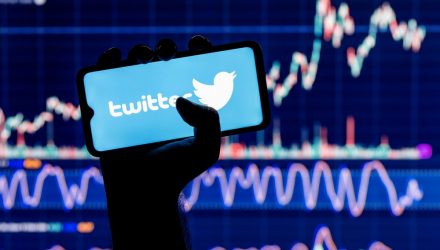 There was a lot of the usual stuff on #FinTwit this week. Markets are having some good days, as everyone continues to watch inflation, the reaction to this month’s rate hike, and what’s unfolding in Ukraine. But we at #ETFintwit are not here to recap the usual. So we’re going to take a look at some of the big, trending personalities.

It was an interesting week for former Goldman Sachs CEOs. First, Lollapalooza — the famous 4-day music festival in Chicago — announced its 2022 lineup with David Solomon (@DavidSolomon) on the bill. Some on Twitter were shocked to see Solomon going by his full name, as opposed to his musical alias “DJ D-Sol.” (We can’t help but wonder how the acts billed BELOW Solomon feel about all this.) 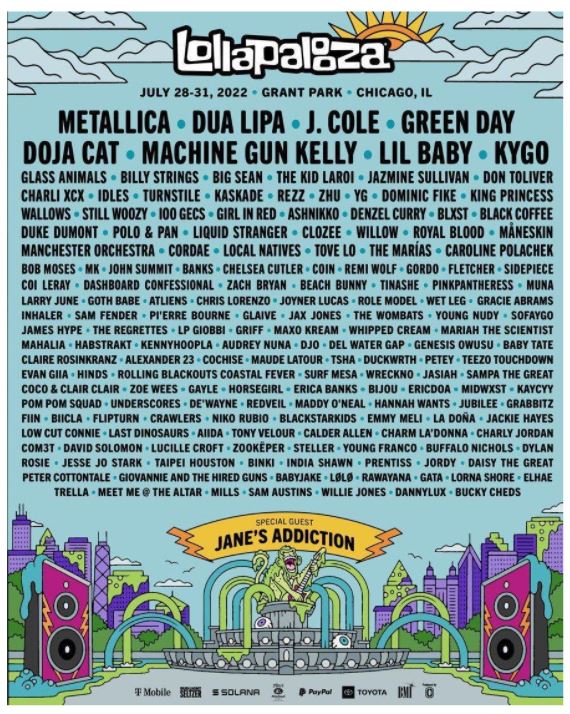 Solomon’s side gig got lots of attention during the summer of 2020, at the height of COVID lockdowns, when he DJ-ed a gig in the Hamptons that was later investigated by health authorities for potentially violating social distancing requirements. Ironically, the event was called “Safe & Sound” and was meant to demonstrate how to party responsibly during a pandemic.

Not one to let his successor steal the spotlight, ex-CEO Lloyd Blankfein (@lloydblankfein) made waves of his own this week. On Wednesday, he tweeted: “I’m not a military guy, but if Ukraine is able to strike a proper target inside Russia, should it? Wouldn’t be meaningful strategically, but could be a major morale boost, like the Doolittle raid against Tokyo in 1942, which brought that war home to Japan and boosted US morale.” 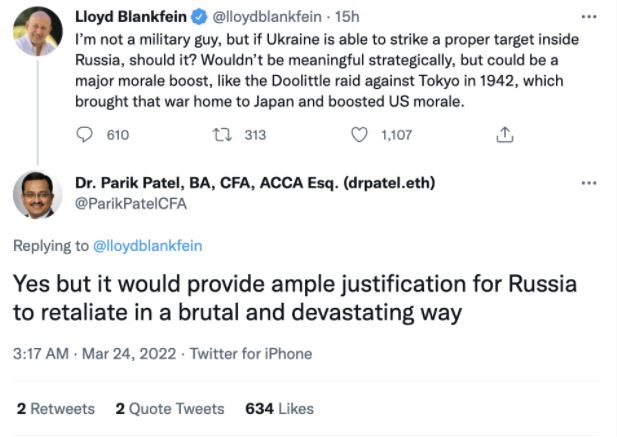 The response was swift. Even “Dr. Parik Patel” (@ParikPatelCFA), the famous anonymous satire account, weighed in with a serious note: “Yes but it would provide ample justification for Russia to retaliate in a brutal and devastating way.” He went on to respond to a commenter with “I don’t think you understand the scale at which this can escalate.”

If you’re unfamiliar, the Doolittle Raid that Blankfein is referring to was a U.S. air raid of Tokyo in 1942. It was the first American air attack on Japan following Pearl Harbor. Japanese casualties were minimal and the U.S. lost all 16 fighter planes involved, but it was considered a large propaganda victory that was sorely needed. It was not a success everywhere, however. American pilots sought refuge in China following the raid, an act that triggered Japan to kill some 10,000 Chinese civilians in the aftermath. Many of these details were pointed out to Blankfein following the tweet.

If you thought that was the worst of it…

Blankfein went another round on Thursday when he quote tweeted the Wall Street Journal, who reported President Biden saying the U.S. would respond if Russia uses chemical weapons.

Blankfein wrote: “Worth noting even Hitler didn’t permit his military to use chemical weapons, though he had them.” 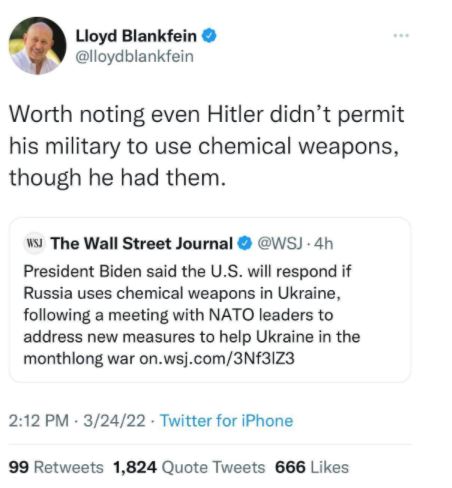 The trouble is, of course, that Hitler used chemical weapons, in the form of gas chambers, to murder millions of Jews during the Holocaust. The chorus of criticism was appropriate, though quite fierce.

On the bright side, Peter Schiff is probably happy to be out of the hot seat.

Ice-T weighs in on gas prices

Everyone’s favorite rapper and fake detective Ice T (@finallevel) weighed in on high gasoline prices, joking that he had been robbed at a gas station. In his telling, after the cops came to ask who robbed him, he told them pump nine. 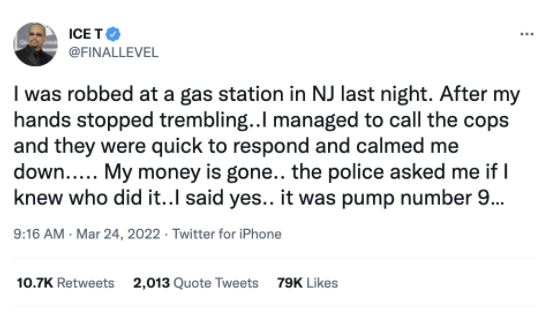 Users across Twitter were quick to get in on the joke. For the #FinTwit crew, though, it may be a sign that high oil prices are increasingly translating to a Main Street talking point. In that light, tweets like this one from CNBC anchor Sara Eisen (@SaraEisen) pointing out interviews with analysts forecasting prices as high as $200 a barrel start to feel more relevant.

We’ll keep monitoring what’s trending and making headlines for you next week on #ETFintwit. Until then, happy tweeting!